Ahead of the online Scale Up 360° Car HMI USA 2020 conference, we asked Mike Juran, CEO & Co- Founder at Altia, some questions about challenges and future trends in automotive, as well as importance of user experience in autonomous cars.

we.CONECT: What fascinates you about your work?

The automotive industry fascinates me more than anything else; I got hooked a long time ago. Back in the early 1990’s, Altia released the first version of our authoring environment. By some miracle Ford found out about us and wanted to take a look at it. My cofounder, Tom Walton, and I dragged a 50-pound SUN workstation from Colorado to Detroit and demoed it to the Ford team. Shortly after that, General Motors and Chrysler took interest in Altia and got on board with us.

On that trip, I remember seeing the inside of a Big Three automotive design studio for the first time –and I was in awe. It was so cool; the sketches on the walls and the models around the room combined with the electric sense passion and innovation made that space feel extraordinary. I could not wait to tell my friends about it.

I can now see why everyone wants to build a car. Google, Apple, Elon Musk, Jerry Seinfeld, Jay Leno are all dipping their toes in the water. It’s an intoxicating experience and an exhilarating opportunity. I think about engineers from Detroit, Stuttgart, Nagoya, Seoul and I wonder if they take that magic for granted. I never have…and it never gets old.

Today Altia’s software is on the road in over 40 million cars and trucks and we are designed into another 70 million more that will be coming out in the next few years. Altia is deployed in applications ranging from clusters and head-up displays to radios,IVI systems, rear-view and side-view mirror applications and full integrated cockpits. We are used by nearly every major North American, European and Japanese carmaker –and of course Hyundai Kia in Korea.

While that path sounds straightforward, it has taken us over 20 years to get to where we are. We’re definitely not on a Silicon Valley get-rich-quick path. Altia is in the automotive HMI business for the long haul, committed to our customers’ success.

we.CONECT: What is your favorite Altia’s feature or project that you have worked on?

You would think that my pride and joy would be the cool stuff that you see on the screen –and there is no doubt that that those features are definitely high on the list. Our animation and advanced effects capabilities are really fun.Our 3D features are also pretty impressive; I marvel every time I see Altia 3D in action.

For me, however, my absolute favorite feature is really what happens under the hood –particularly our code generator. This feature automatically turns very complex, feature-rich graphics into efficient and high-performance C code. Why is this my favorite? Because our code generator’s value and impact are game changers for automotive design teams. Altia’s code generator turns months of hand coding into minutes. For our engineering team, it was also an interesting computer science and mathematical challenge. I love that kind of stuff!

Regarding projects, I am particularly fond of the projects we do for customers where they’ve tried some other tool or method but couldn’t get it to work. That is, they couldn’t get their HMI design to fit into the memory footprint of their selected processor or they couldn’t achieve a fast-enough frame rate. This happens a lot with instrument clusters, but we have also seen it with IVI projects. The satisfying thing about this type of project is that not only can Altia get their HMI to fit, but our team can build the model in a mere fraction of the time –proving that we can offer the best of both world –high design productivity and lowestfootprint, highest performance.

we.CONECT: What do you view as the key to good design?

In the car, minimizing driver attention is the key to good design. You need to deliver the most information and interaction in the least amount of time. This is the complete opposite in the mobile space. There, it is considered good design if you keep the users attention glued to the screen.

Minimizing the need for multiple pages within one screen is critical. Ideally you have one page per screen so that the user can simply glance at it and get the information, without the need for navigation.

This is a challenge that –in my opinion –makes automotive designers the best in the world. They need to communicate mission-critical information in a way that is attractive, intuitiveand deliverable in a split second.

we.CONECT: How do you approach designing the future user experience in fully autonomous vehicles?

First, we must plan and design for the transition between semi-autonomous and autonomous driving. During that transition, the user interface is more important than ever. Regaining driver attention and providing situational awareness will be critical. I believe that the head-up display and other fixed/single purpose displays will be the key to making that happen.

When we go fully autonomous, it’s a whole new ball game. Of course, the “driver” will be more like the “captain” who will need to know vehicle status and have easy access to make reactive changes depending on the situation.

The biggest change will be the cockpit configuration. Seats will swivel to face each other and it will be possible for displays to be available for all 360° in the vehicle and placed on nearly all surfaces —including the semitransparent windows. Each display can have a single purpose, rather than the multifunctional displays we’re using now due to the limited real estate in the cockpit.

Augmented reality will be much easier to implement in the car than in the home or walking around because locations will be fixed and the occupants will be stationary ratherthan moving around. Sensors, the map and the field of view will be fixed and can be tested at the factory, unlike setting up AR in the home. Even holograms of other people will be easier because the seating will be fixed in one place. Designers will not have to struggle through the complexity of remapping every environment when an occupant moves.

These future applications for autonomous vehicles might even encourage people to use their cars even when they aren’t going anywhere –to sit in a predicably contained virtual environment, to hang out with friends and family from around the world. They’ll be using that capital expenditure 24/7, instead of just to drive. Rather than the industry suffering from flat sales resulting from ride sharing, this possibilitywould encourage vehicle ownership as people will use their vehicles like an extra room in their home.

we.CONECT: What do you believe will be the next big thing in automotive UX and HMI technologies?

There are lots of them –everything from solving the EV recharge time to delivering autonomous vehicle technology to the mainstream. But I think the most immediate challenge is centered around the crossroads between Big Tech and the auto industry. Tech Giants want to stake their claim in the car for obvious reasons. It is a recurring revenue money printing machine for them. Automakers, on the other hand, have a life-and-death need to control the driver interaction, limit distraction and maintain their brand reputation… and perhaps even monetize their hard-won relationship with their customers. Certainly, automotive companies want their drivers to have access to apps and data available through these third party tech platforms. Figuring out the right mix that benefits both automaker and driver while giving drivers and passengers the safety and experience they want –that’s the challenge.

AR research outside of automotive will make its way into the car. Companies like Oculus are helping to develop the hardware, architecture and 3D data mapping that can be applied to automotive. Some consumer appliance and vending machine technology around semitransparent glass could make it into the windshield, side and rear windows of the car.

And of course, 5G will make an impact as well.

we.CONECT: What is the Altia’s role in this fast-moving industry?

First, we must enable the car companies, with a no-code/low-code solution to get lots of pixels and beautiful, custom HMIs on the screen as fast as possible. At the same time, we need to be hitting all the safety, cost and performance marks, whichat times, in automotive, requires a string of minor miracles.

But even more importantly, we have to help the OEMs design and execute an integrated, multi-screen architecture that lets them maintain control and responsibility for what is on the screen, while providing safe and seamless access to apps –like maps, music and phone –potentially delivered by the third party Big Tech companies. And we need to enable an architecture that wraps and cuddles those apps so the Big Tech firms are not exposed to theidiosyncrasies and liabilities that come with controlling two tons of steel barreling down the road at 70 miles per hour. Big Tech really does not want that responsibility –and the OEMs really need to protect their reputation and their drivers.

we.CONECT: Thank you Mike Juran for answering our questions!

Signing up automatically gives you access to all webinar sessions at ScaleUp Car HMI USA, Dezember 01 -02, 2021 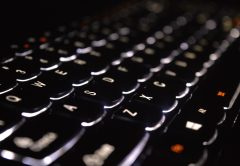 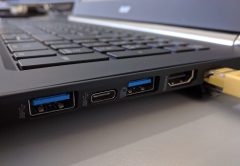 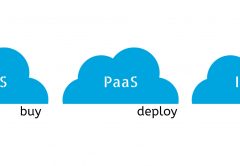 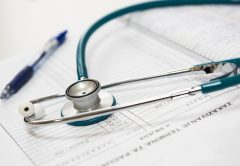 How to connect Telehealth and Pharmaceutical?